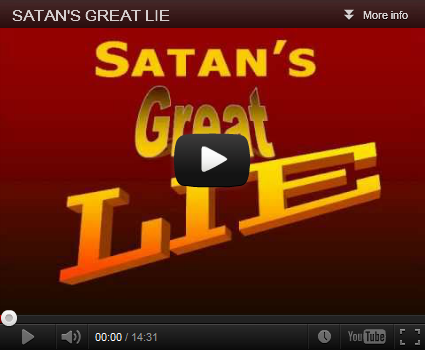 The roots of Replacement Theology and its rotten fruit of anti-Semitism date back to Christianity's infancy. Ironic when the Church was formed by Christ with all Jewish . It was founded in Judea and all its founding documents were written by Jews. As the Church began to spread beyond Judea, its message was embraced by more and more Gentiles who had no interest in maintaining contact with the Church's Jewish roots. Even worse, the new Gentile leaders began to turn against the Jews by characterizing them as "Christ killers." Consider the following examples, which are but a few:

Ignatius of Antioch (ca 50-117 AD) - Taught that those who partake of the Passover are partakers with those who killed Jesus.

Justin Martyr (100-165 AD) - Claimed God's covenant with Israel was no longer valid and that the Gentiles had replaced the Jews.

Irenaeus (ca 130-202 AD) - Declared the Jews were disinherited from the grace of God.

St. Augustine (354-430 AD) - Asserted that the Jews deserved death but were destined to wander the earth to witness the victory of the Church over the synagogue."


Unfortunately, the Reformation produced no changes in attitude. In fact, the hatred of the Jews was reinforced and intensified by the writings of Martin Luther, the very man who launched the Reformation. In 1543 he wrote a pamphlet entitled "Concerning The Jews and Their Lies." The document is an anti-Semitic diatribe. Centuries later, this sin of Luther became one of the pillars of Nazism!
The Nazis quoted Luther's slander and muderous incitements against the Jew's. In his book Mein Kampf, Adolf Hitler referred to Martin Luther as "a great warrior, a true statesmen, and a great reformer." Keep in mind that Hitler was a professed Christian. In 1924 at a Christian gathering in Berlin, Hitler spoke to thousands and received a standing ovation when he made the following proclamation: "I believe that today I am acting in accordance with the will of Almighty God as I announce the most important work that Christians could undertake - and that is to be against the Jews and get rid of them once and for all. Further alluding to Luther he claimed: "He saw clearly that the Jews need to be destroyed, and we're only beginning to see that we need to carry this work on."

THE JEW HAS NOT BEEN REJECTED BY GOD
First, the Bible affirms that the Jews were called as God's Chosen People to be witnesses of what it means to have a relationship with Him (Isaiah 43:10-12). And the Bible makes it clear that this calling is "irrevocable" (Romans 11:29). Second, in direct contradiction of Replacement Theology, the Bible teaches that the Jews have never been rejected by God because of their unbelief. In Romans 3 Paul asserts point blank that their rejection of Jesus has not nullified God's faithfulness to the promises He has made to them (Romans 3:1-4). Paul makes the point again in Romans 11:1 when he asks, "I say then, God has not rejected His people, has He?" He answers his own question with an emphatic statement: "May it never be! ... God has not rejected His people whom He foreknew" (Romans 11:2).

What is God's plan for the Jews in the end times? How will He bring about the salvation of a great remnant? Let me outline the answer for you briefly:
The Jewish people will be regathered in unbelief from the four corners of the earth (Isaiah 11:11-12).
They will once again occupy the city of Jerusalem (Zechariah 8:7-8).
All the nations of the world will come against them over the issue of the control of Jerusalem (Zechariah 12:2-3).
The Antichrist will come to their rescue by guaranteeing them peace and allowing them to rebuild their temple (Daniel 9:27).
This false "peace" will begin the Day of The Lord and God's judgments and wrath upon the world.
At the end of 3½ years, the Antichrist will declare himself to be God, and the Jews will reject Him (2 Thessalonians 2:3-4).
The Antichrist will then attempt to annihilate the Jews, and he will succeed in killing two-thirds of them (Revelation 12:13-17 and Zechariah 13:8-9).
At the end of the Tribulation, when the Jews have come to the end of themselves, they will turn to God and receive Jesus as their Messiah (Zechariah 12:10).
Jesus will return at this point in time, and He will regather all believing Jews to Israel where He will establish them as the prime nation in the world (Deuteronomy 30:1-9).
The blessings of God will flow out to the nations through the Jews during the Millennium (Zechariah 8:22-23).

At the end of the Tribulation when Jesus returns to triumph over Satan; On that glorious day, the Jewish remnant will cry out "Baruch Haba Bashem Adonai!" meaning "Blessed is He who comes in the name of the Lord!" (Matthew 23:39). Maranatha!


The Jewish people NEVER CEASED to be God's chosen people!