How you have fallen from Heaven, morning star, son of the dawn! How you are cut down to the ground, who laid the nations low! 13 You said in your heart, “I will ascend into heaven! I will exalt my throne above the stars of God! I will sit on the mountain of assembly, in the far north! 14 I will ascend above the heights of the clouds! I will make myself like the Most High!”


13 You were in Eden, the garden of God; every precious stone adorned you: ruby, topaz, emerald, chrysolite, onx, jasper, sapphire , turquoise, and beryl. Gold work of tambourines and of pipes was in you. In the day that you were created they were prepared. 14 You were the anointed cherub who covers: and I set you, so that you were on the holy mountain of God; you have walked up and down in the midst of the stones of fire. 15 You were perfect in your ways from the day that you were created, until unrighteousness was found in you. 16 By the abundance of your traffic they filled the midst of you with violence, and you have sinned: therefore I have cast you as profane out of the mountain of God; and I have destroyed you, covering cherub, from the midst of the stones of fire. 17 Your heart was lifted up because of your beauty; you have corrupted your wisdom by reason of your brightness: I have cast you to the ground; I have laid you before kings, that they may see you. 18 By the multitude of your iniquities, in the unrighteousness of your traffic, you have profaned your sanctuaries; therefore have I brought forth a fire from the midst of you; it has devoured you, and I have turned you to ashes on the earth in the sight of all those who see you. 19 All those who know you among the peoples shall be astonished at you: you are become a terror, and you shall nevermore have any being. 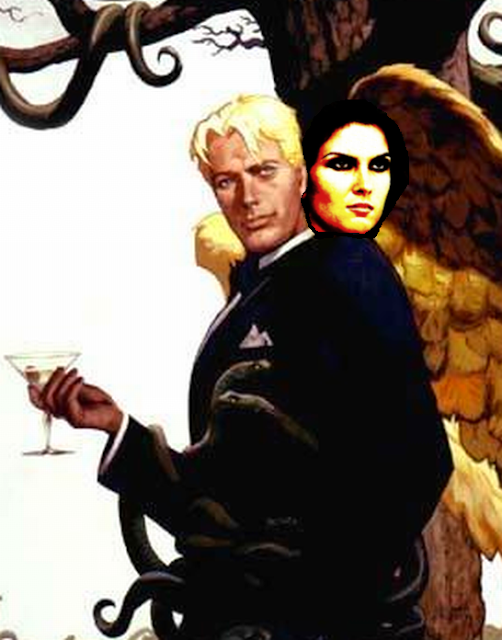 Now try to place yourself in God's "shoes": suppose YOU are the creator and suppose you wanted to create lots of friends who love you, having a free will and being all different from each other, but in concept like you, created in your own image, and especially your spirit, because the Bible says the true man is a spirit.


Now this free will is a gift but also a risk: your creatures could turn against you and become your enemies instead of your friends.

What would be your plan B?

When God created the first two people everything was alright in de Garden of Eden, and even all the angels (including Morning Star, who became Satan) were﻿ impressed by what God had made and they were serving Him and they were ready to serve Adam and Eve.

But then something happened in the mind of﻿ Lucifer-Lightbringer-Morning Star; HE BECAME JEALOUS!

He was the most intelligent and most beautiful and most gifted angel of all the angels who God had made, and angels were made to serve.

Now Morning Star refused to serve Adam and Eve and THUS His maker, God, because he looked down upon Adam and Eve, being less than angels, but with the assignment to rule this beautiful world and to procreate.

He begrudged Adam and Eve to be the masters of the earth!

He wanted to be in control, and he couldn't understand why God gave these 'inferior' creatures the rulership over the﻿ earth.


But before this, he was praising God, just like all the other angels:

Here we see that the angels are called 'morning stars' and 'sons of God', and they were ALL HAPPY when God created everything, so EVEN THE ANGEL we now know as Satan!


The rest is history, and he knew he had to deceive Adam through Eve, because every (normal) man (except JESUS) is susceptible to the temptation of a beautiful woman, so that's why he first deceived Eve and through Eve he deceived Adam.

Now God didn't reveal to the angels the PURPOSE of the creation of HUMANS and ANIMALS; it was His secret.

But I know the secret of God and﻿ now everybody may know it: the purpose was to DECEIVE Satan and to DEFEAT him!

God has foreknowledge of everything, and he knew beforehand that this super beautiful and super intelligent and super gifted angel COULD and WOULD turn AGAINST Him!

God didn't create the devil: Morning Star became Satan=adversary because of his way of thinking and his actions: he became the first CRIMINAL!

God didn't tell the angels that humans are made to be LIKE animals during their short life on earth, while their purpose is to be LIKE the angels in all eternity.

This wasn't﻿ yet the case BEFORE the Fall of Adam and Eve, but God knew that Adam and Eve were going to listen to His enemy, even though they were able to OBEY Him, because of their free will.

We know that they disobeyed their maker, and since then this world is CURSED by God and people SEEM to be MORE like animals than like angels, hence the LIE of 'evolution'. 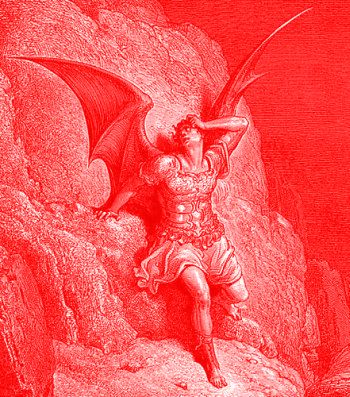 Satan is a LOSER!

But this is the hope of creation:

YHWH (I am, who I am), you preserve MAN and ANIMAL.

Now this is God's secret: angels CANNOT be forgiven, for they were created PERFECT and with God's wisdom, being very intelligent.

So God had to create a place of DETENTION for these﻿ fallen angels, because soon after his fall, Satan persuaded one third of the angels who became his followers.

But two third of the angels (among whom Michael and Gabriel) stayed faithful to God.

This place of ETERNAL detention is the (spiritual) lake of fire!

Because people are meant to be LIKE the angels,﻿ they also risk to be cast into God's lake of fire, aka HELL.

But this was plan B: God became a HUMAN in the capacity of JESUS Christ!!!

When He died on the cross He bore OUR GUILT and OUR SHAME and OUR SINS and OUR PAIN and OUR ANGUISH and ANGER and GRIEF!

What do you want to be: an animal according to the doctrine of 'evolution' and be LOST forever, or do you want to be half angelic/half animal with the prospect to be saved through Jesus Christ?

Thank God for the creation of ANIMALS

Get rid of your stupid GOD COMPLEX!

The BLOODSTAINED Gospel vs 'Asking Jesus Into Your Heart'