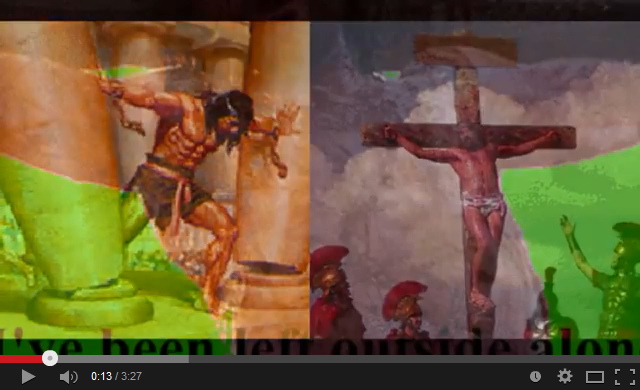 
So you think you know what the devil exactly wants?
Well, the devil LOVES to SLAUGHTER ALL believers in the JEWISH JESUS the Christ, Yeshua HaMashiach, JESUS the Messiah, because you don't realise that the 'tribulation' (Jabob's Trouble, and Jacob is Israel) is all about ISRAEL, and the REMNANT (one third) thereof!

The tribulation is about God's ANGER=His WRATH at the PAGAN peoples, world wide.

Did you know that Israel is the ONLY country in the world that BY DEFAULT is NOT allowed to be a temporary member of the Security Council of The United Nations?

And you know WHY?

Because the WHOLE world HATES the Jews because of the JEW, JESUS Christ, the God of Israel!

Did you know that the VATICAN is Satan's instrument through which he's ruling the world?

The Roman Catholic CULT is Satan's SMOKESCREEN and COUNTERFEIT 'church', because it's the hidden (Babylonian) ROMAN EMPIRE, and every Pope is the EMPEROR (Pontifex Maximus) and the 'Vicar of Christ', the 'instead of Christ' = the ANTICHRIST.

Did you know that 'Obama' (Frank Marshall Davis jr) is the leader of the MILITARY ARM of the Vatican, and did you know that Washington D.C's original name could have been ROME?

Are you aware of the fact that Obama has the SAME role as Adolf Hitler and Joseph Stalin, who both were SERVANTS of the Vatican and its EVIL JESUITS?

Adolf Hitler was a Roman Catholic from Austria and 'Stalin' was a Jesuit Priest from Georgia!

Did you know that the true god of the Vatican is LUCIFER-Satan?

Did you know that Obama is a SATANIST?

Did you know that the Pope (Francis) is a SATANIST?

Did you know that the future capitol of the world will be JERUSALEM?

Did you know that the Vatican already owns 60% of Jerusalem and that it wants to own ALL OF ISRAEL?

Do you realise that this is what it's all about?

It's a BATTLE between Go(o)d and (the d)evil, and Israel is in the middle!

Did you know that MOST 'Christians' are still PSEUDO-Roman Catholics, because they revere the PAGAN SUNday and the PAGAN SUNworship called 'Christmas', and the PAGAN worship of the Babylonian goddess Ishtar called 'Easter'?

Do you know that the Vatican is behind the evil replacement theology doctrine, which says that the Jews are no longer God's chosen people?

WELL, THAT'S A BIG FAT LIE, because the Jewish People is the APPLE of God's eye and God is JESUS!!

Anyone who tries to touch the apple of God's eye is making God VERY ANGRY!

You don't know that the coming tribulation will be so bad that even committing SUICIDE will be NO OPTION!

Five months many people will try to end their lives, because of God's wrath, but God will take away the ability to commit suicide.

The tribulation will be TRUE HORROR!

MOST believers in JESUS Christ will be BEHEADED during the coming tribulation.

But they are the believers of the seven year period AFTER the rapture, and they are people who at the moment are NOT really born again, Holy Spirit filled followers of JESUS Christ, who are longing to be were JESUS is.

Many people THINK they will be partakers in the rapture, but they will be LEFT BEHIND, because they don't really LOVE JESUS Christ.

Those are the people you were referring at: those will be the DISAPPOINTED believers!

But you are calling the pre-tribulation rapture a LIE.....this is VERY GRAVE!

You're ACCUSING people who believe in the pre-tribulation rapture of being adherents of a SATANIC LIE from HELL!

Do you really think you can 'earn' your salvation by becoming a martyr during the coming TERRIBLE and SATANIC tribulation, in which God=JESUS will pour out HIS WRATH on ALL NATIONS (the UNITED nations) because of their HATRED toward HIS people and HIS nation Israel?

WAKE UP and become a real follower of the JEW, JESUS Christ!

GOD is JESUS the JEW﻿

The Jewish people NEVER CEASED to be God's chosen people!

The Pre Tribulation Rapture is the only truth

GOD is JESUS the JEW