In Focus...'A CORONA WORLD WAR is going on against the WHOLE world population and the weapons are LIES, FEAR and INTIMIDATION!﻿﻿﻿﻿...click

The Bible, Satan HATES the MOST: Geneva Bible - Take that, SATAN! 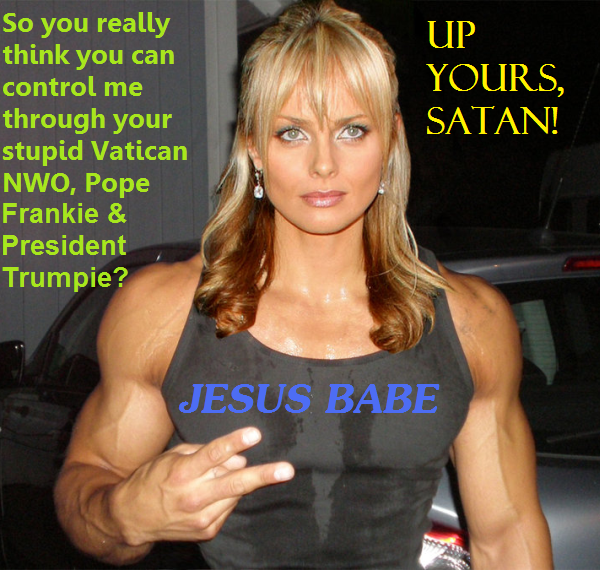 Yes, this picture is Photoshopped and Satan is an ANGEL without an ANUS, but you get the idea.
The Vatican is behind all CORRUPTED Bibles! 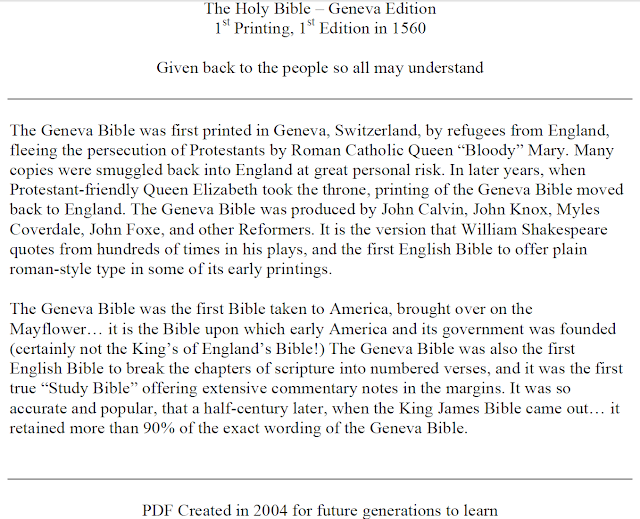 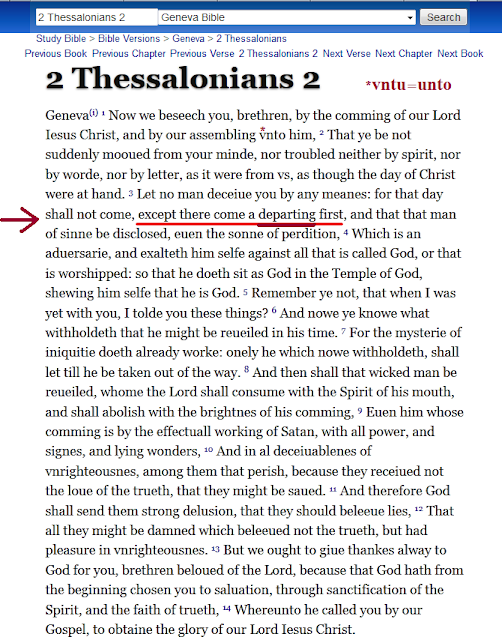 
The Holy Bible – Geneva Edition
1st Printing, 1st Edition in 1560
Given back to the people so all may understand

The Geneva Bible was first printed in Geneva, Switzerland, by refugees from England, fleeing the persecution of Protestants by Roman Catholic Queen “Bloody” Mary.
Many copies were smuggled back into England at great personal risk. In later years, when Protestant-friendly Queen Elizabeth took the throne, printing of the Geneva Bible moved back to England. The Geneva Bible was produced by John Calvin, John Knox, Myles Coverdale, John Foxe, and other Reformers. It is the version that William Shakespeare quotes from hundreds of times in his plays, and the first English Bible to offer plain roman-style type in some of its early printings.

The Geneva Bible was the first Bible taken to America, brought over on the
Mayflower… it is the Bible upon which early America and its government was founded (certainly not the King’s of England’s Bible!) The Geneva Bible was also the first English Bible to break the chapters of scripture into numbered verses, and it was the first true “Study Bible” offering extensive commentary notes in the margins. It was so accurate and popular, that a half-century later, when the King James Bible came out… it retained more than 90% of the exact wording of the Geneva Bible.

3 Let no man deceive you by any means: for that day shall not come, except there come a departing first, and that that man of sin be disclosed, even the son of perdition.

KJV - Let no man deceive you by any means: for that day shall not come, except there come a falling away first, and that man of sin be revealed, the son of perdition

SATAN HATES THE RAPTURE = the DEPARTURE!

Because he wants to SLAUGHTER ALL true, born again, Holy Spirit sealed followers of JESUS Christ!

IS THE RAPTURE IN 2 THESSALONIANS 2:3?

There is NO rapture!

KING JAMES WAS A HOMOSEXUAL!

Unfortunately Kent doesn't believe (anymore) in the BIBLICAL pre-Times of Jacob's Trouble-RAPTURE, which is VERY STUPID!

Introduction to the Geneva Bible

Geneva Bible   The Bible that Changed the World

World English Bible - Not perfect, but made by born again JESUS-followers

10 FACTS You Must Know About The Jesuits!

How to get to Heaven... guaranteed!!!