I was dead; and, behold, I am alive for evermore

Artistic rendering of the face on the shroud 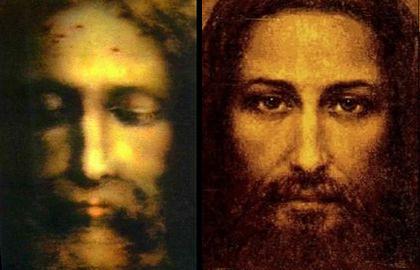 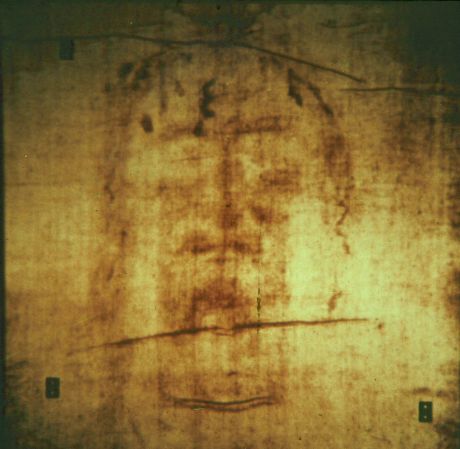 It's clear that JESUS'S nose was broken by the fists in his face from the Roman soldiers, and one sees a swelling on his cheekbone as a result of those terrible abuses, and he had a beaten eye.


This is not contradictory to this passage;
John 19:36 1599 Geneva Bible (GNV)
36 For these things were done, that the Scripture should be fulfilled, Not a bone of him shall be broken.
... because it refers to his LEGS because the Romans at one point broke the shinbones of a crucified person with a heavy brass bar, after which the crucified person only hung at his hands (wrists) and could not breathe again and after a few minutes died by drowning in his own lung fluid ..... this way JESUS died, drowned in his own lung fluid, because he had no power to lift himself up with his feet (and that one coarse nail through it) in order to breathe again and he let himself hang at his hands (despite the flaming pain) and gave up the ghost ..... it was FINISHED! 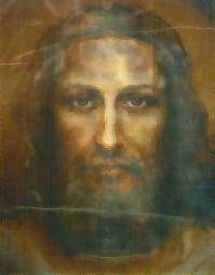 This is a combination of the shroud and its artistic impression, and it clearly shows the appearance of a Jewish man.

There are people who assert that the portrayed person has a deadly expression on his face ...
But that portrait IS based on the face of a deceased person!
It would then be unnatural to turn it into a "smiling Jesus".
But when Jesus rose from the dead he got his smile back on his face!


The Sudarium of Oviedo: Its History and Relationship to the Shroud of Turin

No One Can Explain Shroud of Turin Pictures of Jesus

A Shroud Of Mystery!

Turin Shroud made by ‘flash of light’ 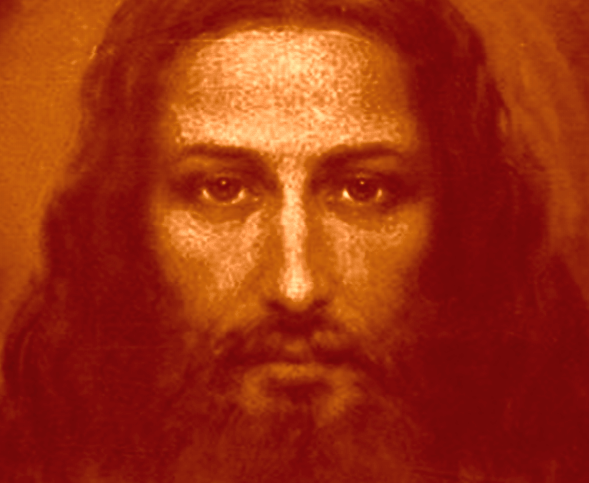 The shroud doesn't save, but faith in the finished work of Jesus Christ on the cross through His shed blood for our sins and His resurrection from the dead, does save!

JESUS is not dead and the earth is flat 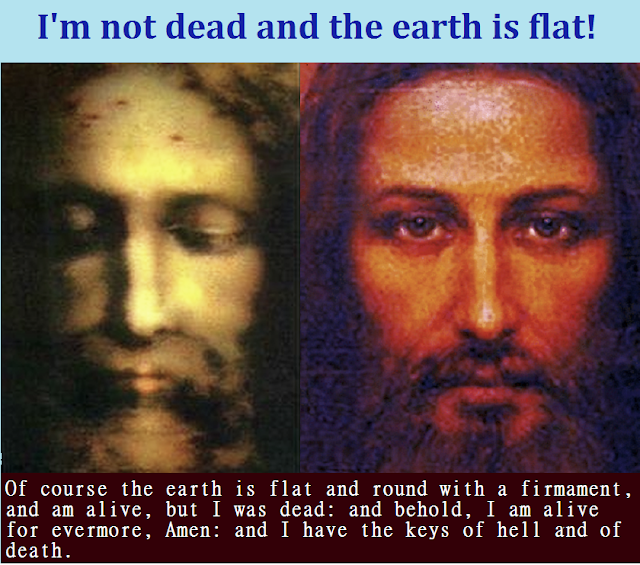