KNIGHTS IN SATAN'S SERVICE? The core of KISS consists of TWO JEWS!!!

They sure weren't and aren't (they still exist as a band, though in a different formation) KNIGHTS IN SAVIOR'S SERVICE and the SAVIOR is of course JESUS.

But I still love their music and this is one of their best from the past: 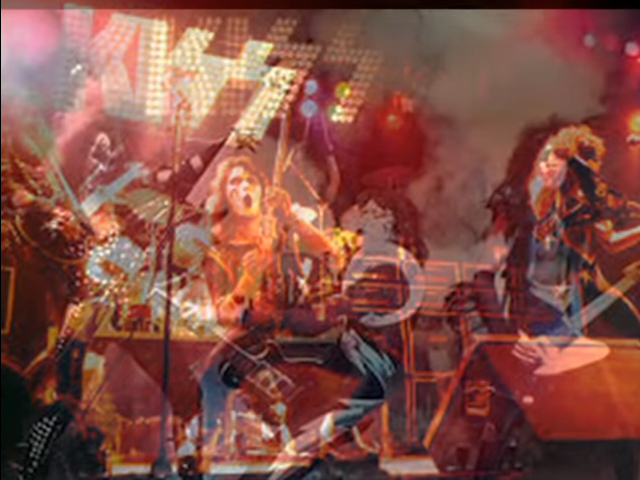 Carlos venegas8 months ago
hola, 5:55 I would like to know what Paul or Gene says in this part of the album, sorry, I do not talk   English﻿
1

freddy ferrillo7 months ago
Carlos venegas , How can that be? You write and spell perfectly in English. But anyway, Paul asks 3 questions to the crowd. He says, "How many people over here like to party?" Then he says to the other side of the crowd, "How many people over here, like to get high?" And then he asks the whole crowd "How many people like rock&roll?" And then he continues to get the crowd fired up by making the fans scream "Rock & roll". Paul asks them to scream louder each time. That's basically what Paul is saying. I hope you understand what I wrote, but I don't know how you can since you don't speak english!﻿
1

Carlos venegas7 months ago
Gracias Freddy, I did not understand what he said, my ear needs training.﻿
1

moefloor4526 months ago
dont worry carlos, your ear is in the right direction in the way of rock and roll !﻿
2


I was 15 when I discovered this band in 1975 through this live album, and though they weren't as good as Deep Purple, they sure were EXCITING and WILD and I loved to play along with their music on my electric guitar and learn from it.

Back then I was still totally GODLESS, but this changed thanks to JESUS and this can also happen to the (former) members of KISS and their fans, so PRAY for them and don't CONDEMN them!

There's a lot of info on the net about this band and there are many interviews with them and videos about them on YouTube and I also found a cover band that plays this particular song almost exactly the same:


The studio version was a lot tamer, but it's still good:

This is another favorite of mine from that ALIVE album because of the guitar playing and the subject of the song:


We're ALL UTTERLY LOST without JESUS (I AM SALVATION) CHRIST (the ANOINTED ONE)!