JFK - murdered - by his wife. Jacqueline The Jesuit Assassin 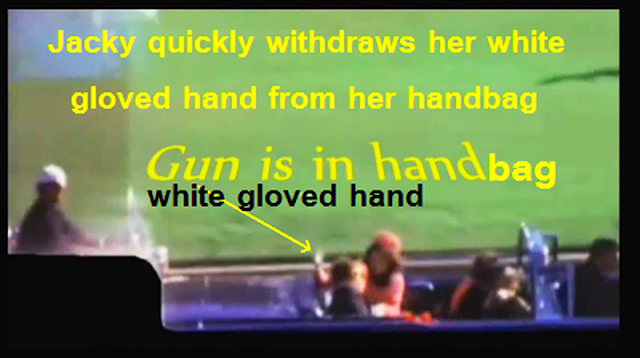 JFK - murdered - by his wife. Jacqueline The Jesuit Assassin

After the shot, Jacky quickly withdraws her white gloved hand from her dark blue handbag, containing the special firearm, puts the handbag away behind JFK, and climbs in the direction of co-killer Clint Hill. 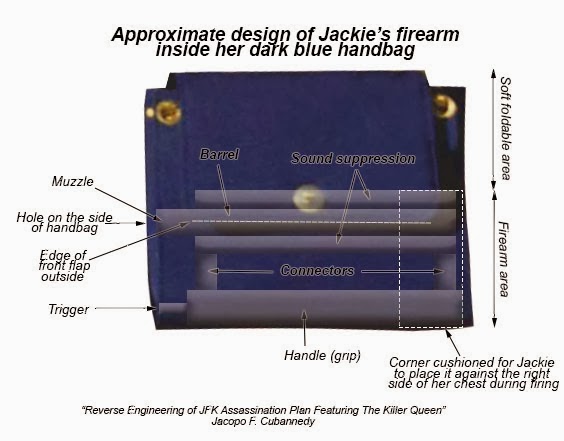 Normally a bullet doesn’t cause smoke; the barrel of a gun does.
But this bullet was filled with phosphorus, which burned its way through JFK's head. 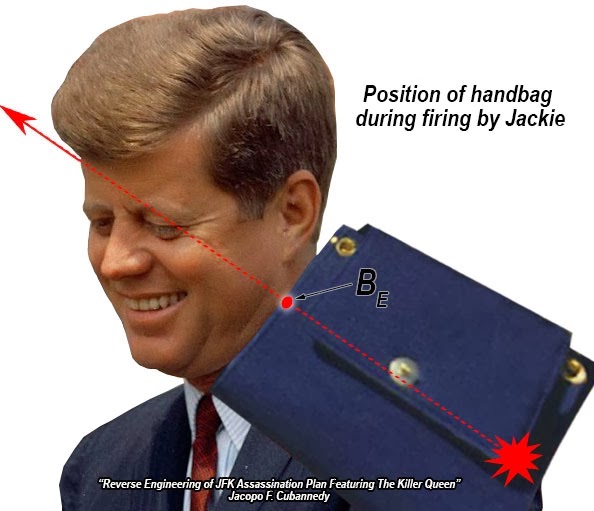 The message to future leaders: DON'T MESS WITH THE JESUITS, THE POPE, THE CIA, THE FEDERAL RESERVE and the SATANIC ROMAN EMPIRE and LUCIFER!

WOW!!! When I first started watching this, I thought"Yeah, right, another conspiracy theory"-"let's blame the innocent wife--------------BUT THEN--as you watch the﻿ slow motion, and pause just right--you can SEE a flash of silver in Jackies right hand as she QUICKLY moves it behind the President........

JFK - murdered - by his wife."Jacqueline Kennedy"

I always found it odd how Jackie just threw her husband aside like he was garbage immediately following the gun shot. A loving and concerned wife would be hysterical trying to check on their spouse. Nothing about her actions are consistent with the natural reflexes of someone in harms way either. A natural reflex would be to duck for cover since "someone" is shooting not expose yourself and possibly become the﻿ next target. Good video.

Jacqueline Kennedy The Murderer of JFK

The Achilles Heel of the NWO - Redux

Jackie killed JFK? The ballistics of the head shot are undeniable.....